Though we are best known for our acrylic aquariums, we are also called upon frequently to produce a wide variety of other non-aquarium items. A sampling of those with a brief description can be found below. You likely won’t have a need for any of them, but the variety will help show some of the capabilities we have and some of the other applications in which we have experience.

Whiskey Glass. Built for a prop company to be used in an advertisement for a large whiskey producer. Approx 30” tall and built from 2 thermoformed halves. A challenging shape to build with the varying diameter. 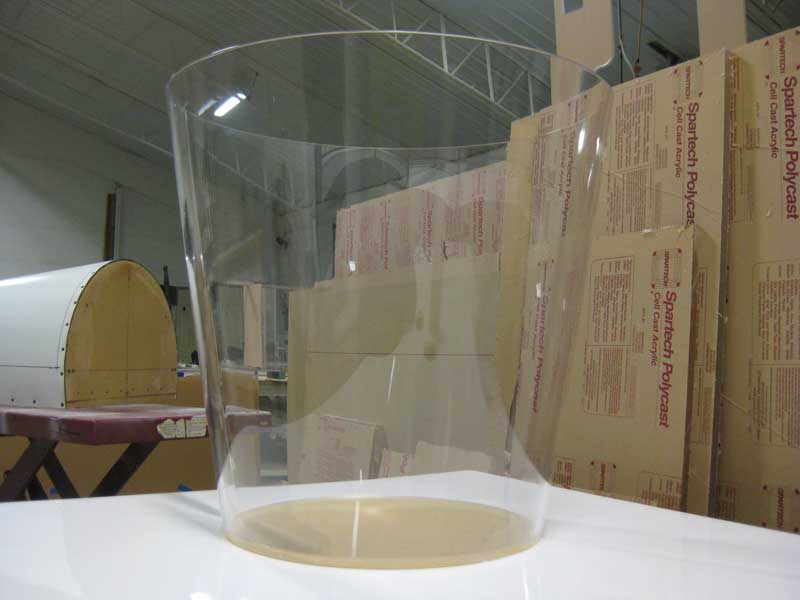 Dip Tanks. Couple of tall tanks built for a promotion where fabrics were to be dipped into them. I believe they were ordered by an advertising agency for Tide. There could be no inside perimeter bracing on the top, so the bracing went on the outside of the tanks instead. They are 60” tall. 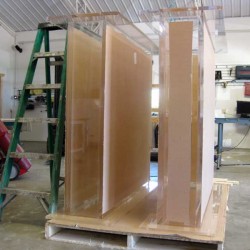 Snake Enclosure. This is a large custom snake enclosure built for a Burmese python. There is a water tank with drain built into the inside on the back. Access doors are operated with custom made acrylic hinges. 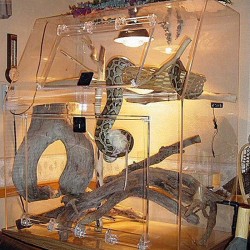 Sediment Deposit System. This system was built for a state university to research sediment deposition in ocean flowages and sponsored by Exxon. The system is 28 feet long and had to be built in 4 sections to get it in. There could be no top as an adjustable 20 foot flume has to be lowered in from above. A steel framework helps support the tank from the outside. All the sections are flanged and gasketed together for a watertight seal. There are plans to make it longer. 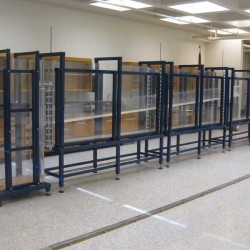 Sign. One of a couple signs built for a college. 8 feet tall and lit from the inside. 1” thick three-form acrylic with mitered corners so the look from the outside was uniform. 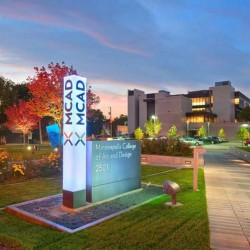 Fair Prop. Collaboration between an ice cream company and a root beer company to have the world’s largest root beer float. 520 gallon seamless cylinder 6 feet tall. Cylinders are very expensive and nobody in their right mind would have one built for a one-time use such as this. 2 of these were bought used from a casino that was removing them for expansion space. We buffed them out and were able to sell this one at a fraction of the normal cost. 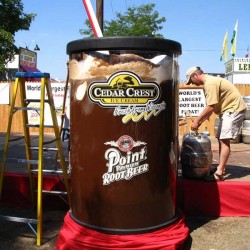 Small Liquid Containers. We can’t remember exactly what these were built for, but they are containers for a liquid that had to be a teardrop shape and specific sizes. 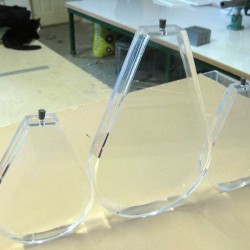 Research Vessel. This double-bullnose shaped tank was built for a private company to be used to research flow for one of the products they manufacture. Around 5 feet long with a couple half-cylinder baffles and a divider built in. Built from 2 halves, there are seams in the middle of the flat sections. Their product and other technical equipment gets installed on the machined and tapped braces on the top. 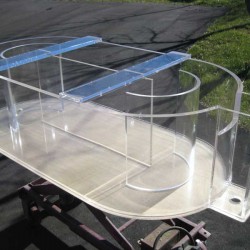 Trade Show Tanks. A couple of smaller tanks built for the YKK zipper company to showcase their line of waterproof zippers at trade shows. Tanks are filled at the shows to display the zippers and their ability to not leak. 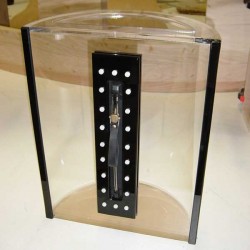 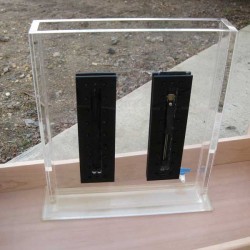 Polished blocks. A variety of sanded and polished blocks from thicker material, made up for an artistic display. 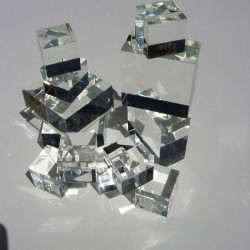 Retail Display. A group if high-end retail shelving units. Built from 1.5” thick material with museum quality butt seams. All edges polished to a high luster. These are around 7 feet tall and very heavy. 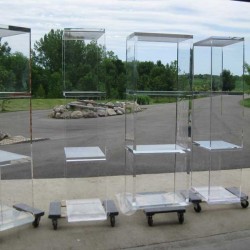 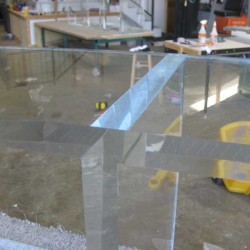 Clean Room Boxes. Boxes built for a clean room environment where the products need to be assembled in a clean, dust free enclosure. 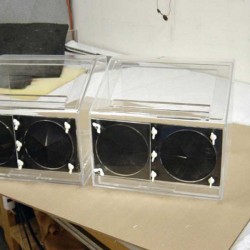 Coffee Table. Acrylic coffee table to display taxidermy or other articles. 1.25” thick top chiseled and polished to give somewhat of a broken ice look. 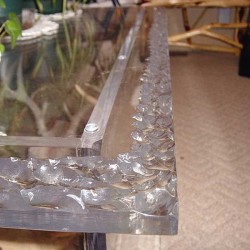 Lab Vessel. 4’ cube for use in research facility. The bottom is drilled to match up to pre-existing vessel. The top flange of tank and the tank top standing next to it are CNC machined and drilled so the top can be gasketed to the body and sealed. Center is machined so research device can be installed in the center hole.

Dust cover for a museum exhibit. The front of the cover is a wave shape and also slopes down from left to right in the front and up from back to front on the left, making it a bit of a challenge to build. 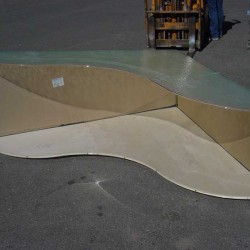 Promotional Displays. We built a dozen of these in a couple different sizes for a prop company, as advertising promotions for Maker’s Mark whiskey. They are 3 layers thick so that the inside void could be filled with a liquid and would drip out until empty in a set time period of around 30 days. All CNC machined. 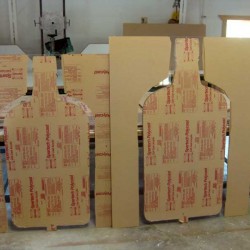 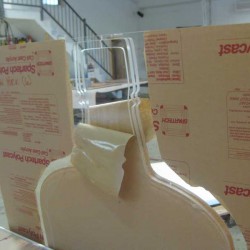 Layout Tables. High-end layout tables built for retail setting. One is in foreground of picture on cover of Visual Marketing and Store Design magazine. Built from all 2” thick materials with mitered seams and polished edges. 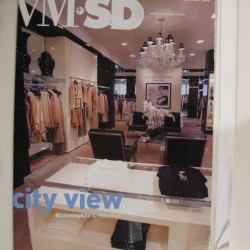 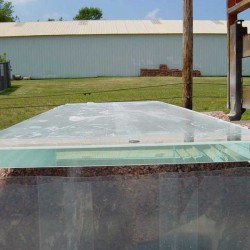 Octagonal Lab Tank. 6’ tall octagonal tank built for a research lab at Washington University. 650 gallons with an access port near the bottom, which is held in place when filled with a gasket and water pressure. The ugly overflows were added by the school, not done by us. 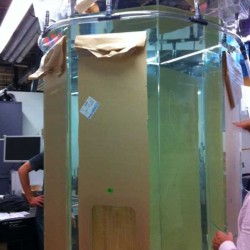